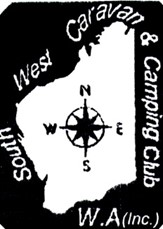 The club was formed in 1998 by a small group of friends, for social and recreational reasons, to satisfy the needs of the older generation in the Peel Region. ‘Australiana’ was chosen as the theme of the club with the aim of attracting local people who have a love for the Australian bush and open spaces. However, in more recent times, the practicality of bush camping has been somewhat hindered by restrictions on access to forest and bushland reserves being put in place by authorities, as well as the fact that caravans and other recreational vehicles have gradually become much larger in physical size, posing challenges in finding locations with sufficient space for club rallies (referred to as ‘Walkabouts’).

We are a member of the Association of Caravan Clubs of Western Australia Clubs Inc. The club is an Incorporated Association with its Constitution providing a framework that outlines how the club is operated and managed by its members. The Constitution is supported by a separate ‘Policy’ which details the specific rules of the club. Such rules are established by the club’s Management Committee following discussion and agreement at formal club committee meetings. An Annual General Meeting involving all members is conducted in April of each year.

Walkabouts are held monthly over weekends between September and May the following year. Walkabouts are not generally held between June and August in order to provide members with the freedom to take extended trips away to warmer climes if they wish. An opening meeting and sausage sizzle are conducted on the Friday evening to commence the Walkabout. Other activities are mostly held on the Saturday, which may vary from a camp-oven cook out and meal, to a concert or games night. Members take it in turns to ‘host’ a weekend, i.e, they organise any entertainment and accept the phone and email bookings from those planning to attend.

We are a big supporter of the Royal Flying Doctor Service (RFDS), and monies raised over the weekend through proceeds from the sausage sizzle, monthly raffles and other dedicated fund raising, are donated directly to the RFDS.

‘Roveabouts’, involving club members taking trips away in convoy formation over periods ranging from one to three weeks duration, under a pre-planned itinerary, are conducted when resources allow.  At the present time the club is aiming for Roveabouts to be held at least biennially.

The club membership is currently capped at 25 caravan/RV units.

Those seeking to become members of our club are required to attend three walkabouts within a sequence of seven consecutive walkabouts in order to be eligible to apply for membership.   Membership applications are subsequently assessed by the club’s Management Committee.

The annual club membership fee is $25 per person.  The membership year commences 1st April and ends on 31st March the following year.  Pro-rata payment is applied to new members joining after 30th November.

Walkabout fees for members are $10.00 per unit (caravan) per Walkabout.  A $20.00 Walkabout fee is payable by non-members.

Please direct any enquiries to the club’s Secretary:-